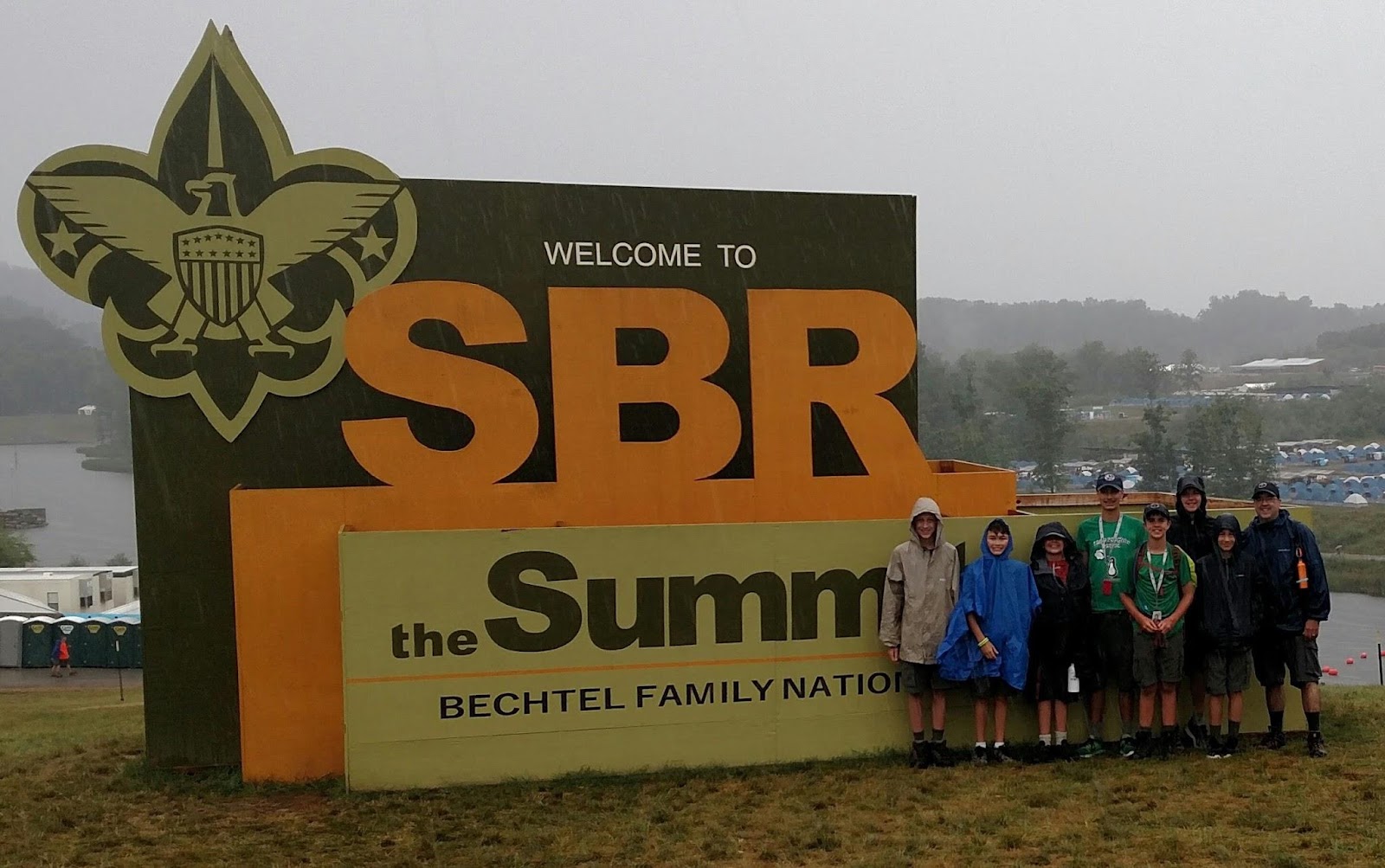 For the third year in a row, Elmhurst Boy Scout Troop 117 has earned the gold level of the Journey to Excellence Award of Boy Scouts of America, the only Troop in Potawatomi Trails District to achieve this accomplishment during this timeframe.

Chartered by Christ United Methodist Church on Swain Avenue, Troop 117 excelled in all categories of the Journey to Excellence Scouting recognition program that measures the activities, planning, training, advancement, retention, service projects and other factors.

Troop 117 scored 1575 points to earn the gold level of the Journey to Excellence Award, needing only 1000 to reach this level.

Activities during the year included seven Boy Scouts and one Venturing Crew Member attending the National Jamboree during the summer in West Virginia. Additionally, the Troop, Crew 711 and Exploring Club #1, collaborating units chartered by Christ United Methodist Church, joined  for a canoe trip down the Wisconsin river. The group also overcame adverse weather and held a Turkey Feast for the families of the Troop and local Webelos in November and attended the 100th year of the Feast of the Hunter’s Moon in West Lafayette, IN.

The Troop took a week in June to zipline inside a Southern Illinois cave, explored Mammoth Cave, went horseback riding and outdoor ziplining and had fun at an adventure park. They also attended Grant’s Pilgrimage in Galena, IL and took a ski trip in Wisconsin. Most other Troop 117 Scouts, those not attending the National Jamboree, attended Camp Freeland Leslie in Wisconsin over the summer. 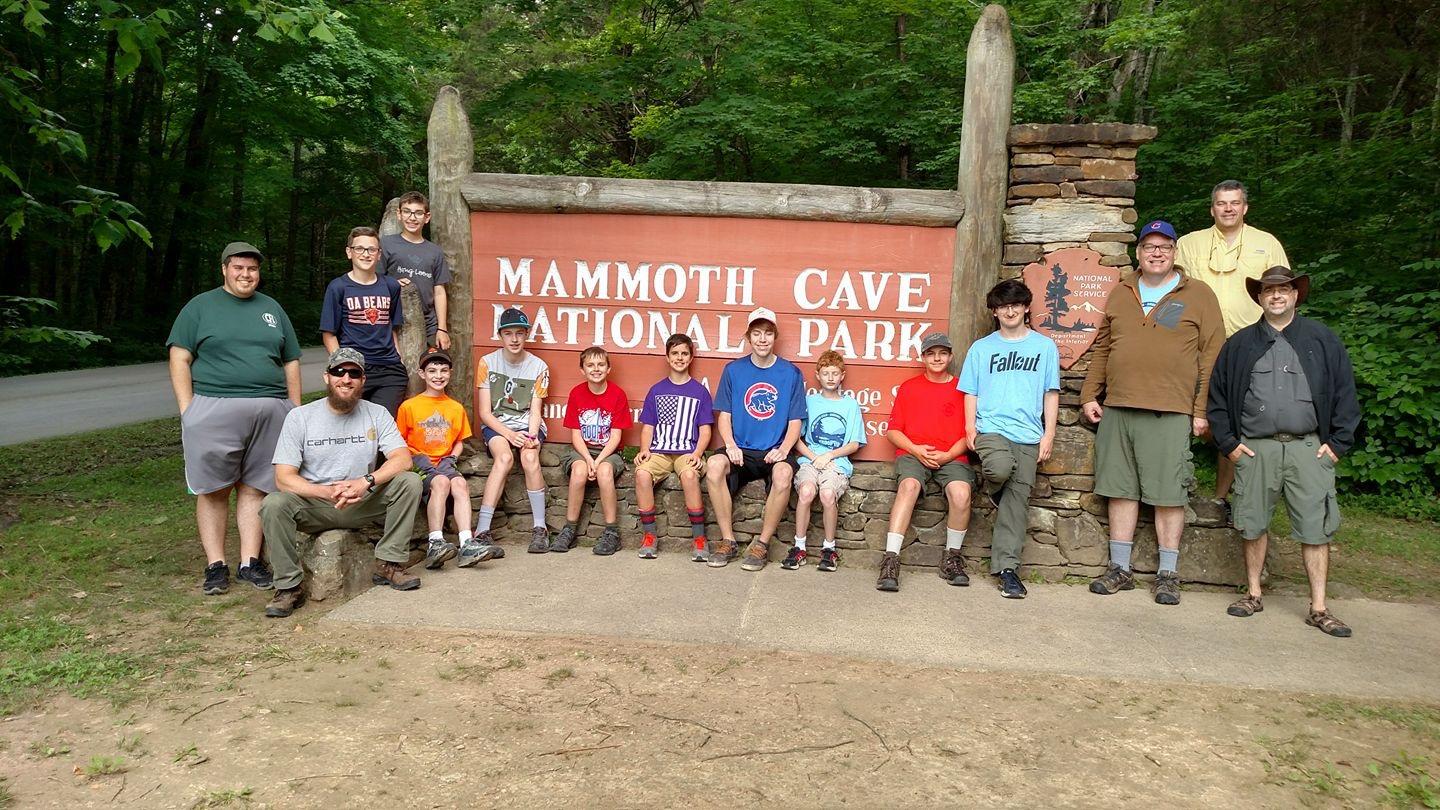 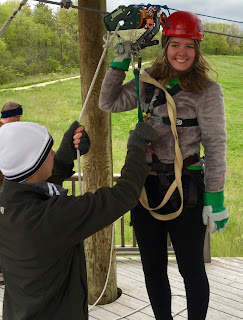 My daughter Katherine is a Boy Scout. Actually, she is a Venturing Crew member, part of Boy Scouts of American open to boys and girls age 14 to 21. She was a Girl Scout, but quit many years ago when many girls in her “troop” lost interest.

When Katherine was 16, she told me she wanted to become a Venturing Crew member so she could go to Japan to the World Scout Jamboree. She did and came home full of Scout spirit. She even followed up her trip to Japan with a trip to the National Jamboree this summer as a Venturing Crew unit member.

In Japan there were 132 nations represented. Of the 132, 128 have boys and girls as part of the same organization and program. It was evident, the BSA in the US was behind the curve for World Scouting.

The World Jamboree is coming to the US in 2019 as the United States, Mexico and Canada host the event to be held in West Virginia.

Around the time of World War I, two organizations set out to mold young Americans into resourceful and virtuous future leaders, instilling in them the admirable traits of citizenship, loyalty and courage. Members of both groups wore uniforms, explored the wilderness and swore to uphold their values.


Katherine was able to participate in these activities because she is an accomplished camper. She spent time on Boy Scout campouts as a young girl when I had to drag her along because my wife worked on the weekend. She also attended summer camp in Wisconsin, and was used to the challenges of living outdoors.

Many girls however don’t have Katherine’s experience. In fact, for many girls their Scouting experience comes to an end just at the same time it gets interesting for boys.

Without the camping experience that boys get in their tween years, girls are often not prepared for the high adventure available as part of Venture Scouts.

Interesting, the Gold Award of Girl Scouts is the only Girl Scout award that can be worn on the Venture Scout uniform.

I started a Venturing Crew to give my daughter, her friends and some of the older Boy Scouts in my troop an additional Scouting experience. When she and many of her friends left for college, I needed to start all over to rebuild the Venturing Crew.

In order to build a sustainable Venturing Crew, and to respond to interest from girls too young for Venturing, I started an Exploring Club. This Club is a unit of girls only who are being taught the same skills that boys are at the same age. We are teaching them the skills and values of First Class Trail of Boy Scouts.

Friday, these Exploring Club members will go on their first Troop outing, a canoe trip on the Wisconsin river. They were given BSA Safety Afloat training, just like the Boy Scouts. They were given a lesson river canoeing. And they will be given onsite instruction.

The girls are going to do the same thing that the boys are doing, which is what they want. And some of the girls in our Exploring Club are Girl Scouts, and our program is allowing them to accomplish requirements or do things not available from their troop currently. We encourage girls to stay in Girl Scouts while in our Exploring Club and to earn their Gold Award. It is possible to do both.

I don’t know much about Girl Scouts, as my wife was the troop leader, not me. I do know that that the Boy Scouts not competing with the Girl Scouts is one of the worst things the Boy Scouts could have done to them.

Competition makes us better. The message I hear from the Girl Scouts is that they have enjoyed a long monopoly over girls and want to continue to do so. Unfortunately, the world does not work that way.

Already Boy Scouts of America has girls as Venturing Crew or Exploring Post or Club members. Additionally, the Boy Scouts have a pilot program running in a dozen or so councils for STEM Scouts. This program is for boys and girls from grade 3 to 12. It has tremendous potential if developed properly to bring more boys and girls into Scouting that Boy Scouts and Girl Scouts traditional programs combined.

I was involved in the early stages of bringing STEM Scouts to Chicago and was told when it was originally designed that the Girl Scouts were asked to participate, but declined. It is their right, and BSA moved forward.

I am a proponent of empowered girls, boys and people. As a Scouter for more than 16 years as an adult I have yet to see anything in the Boy Scout program that a girl could not do. And some of them want to, so I say let them.

I am a big believer in the potential of the Boy Scout program to develop young people into leaders who are good citizens, able and fit outdoors people, productive members of society and stewards of our environment.

Competition is good. The Girl Scouts will need to spend less time asking for a continuation of a monopoly on girls in Scouting and spend more time making their program more dynamic to meet the needs of the girls of today. As a result, girls will have more choices and opportunities.
Posted by John Lothian at 10:32 PM 30 comments


This is a video shot by John Lothian News in 2016 to tell the story about the Trading Tech 300 program. You can find details for upcoming Merit Badge workshops as part of the program on the calendar of the www.pathwaytoadventure.org website.
Posted by John Lothian at 10:58 AM 0 comments

Elmhurst, IL -- A new Scouting unit in Elmhurst will encourage girls to learn and practice the same outdoor and leadership skills taught in the Boy Scout program. It is the first group for 6th through 8th grade girls of its kind in the city.

The G.O. Exploring Club #1 boasts six founding members who are all middle-school aged girls. G.O. Exploring, or Girls Outdoor Exploring is a pilot program housed under the co-ed Exploring division of the Boy Scouts of America (BSA.)

The young women in this club are learning valuable skills such as overnight camping, first aid, and emergency response. The program also promotes participatory citizenship, community service, and career exploration and preparation.
“We wanted to give girls the same opportunities for outdoor adventure and learning as the boys,” said John Lothian, a volunteer adult leader with the club and a former Scoutmaster of Boy Scout Troop 117, which is based out of Christ United Methodist Church.

“The Exploring club allows us to open up the world of Scouting to girls with the same trained leaders and program,” Lothian said. “We also wanted to welcome a steady pool of girls to help grow our local Venturing program and the club experience helps prepare them for the rigors of high adventure.”

Many of the six G.O. Exploring Club girls are also Girl Scouts, and some of the club activities will help them in their work toward their Girl Scout achievement levels.

The club is based out of the Christ United Methodist Church, and includes girls from all of Elmhurst. In addition to Lothian, leaders also include Vanessa Clohessy and Germaine Yang.